#1
Who has better khakis: Jim Harbargh or Jake from State Farm?

#5
Who are some players who have historically had a reputation for performing poorly in the postseason? Peyton and A-Rod are the first two examples that spring to mind.

Community Liaison
#6
I think Peyton gets a bad rap for his playoff performances. Dont get me wrong, i think he's had his struggles, but he also has had receivers who have dropped passes, RB's who might've fumbled and defenses who have gotten lit up

#7
While watching the Blazers game earlier, they actually called a lane violation and it got me wondering. What rules out there in sports are enforced looser than you'd like? What about the other way around? I have a few for the NBA off the top of my head since I've been watching a lot lately.

NBA More enforcement
-5 second inbounds
-Lane violations (I see a lot of guys that are really good at cheating their way into the lane early on free throws and get away with it)
-Offensive players using their off arms to clear out.
NBA Less enforcement
-Offensive players initiating contact. I hate seeing guys get a guy into the air and then jump towards them in a way they otherwise wouldn't have moved if their opponent wasn't in that position. Just a lame way to play IMO

This drives me crazy in the NBA. Team A runs down the shot clock and takes a bad shot that doesn't draw iron as the clock expires. Team B rebounds the ball easily and could start a break but the whistle blows. I wish the referee would not blow the whistle and let the play flow.

#9
More enforcement:
NBA- Travel calls. No Lebron. You aren't allowed to take 4 steps whilst driving towards the peach basket.

#10
Less Enforcement: The NBA's delay of game call following a made bucket when then offensive team touches the ball. Houston got hit with this one on Sunday when after they made a shot, Dwight Howard slapped the ball to the ref who was on the baseline. He got called for it, and the Heat got a free point due to the free throw awarded to them. The score was 102-98 Houston at the time, 4:26 left in the game. As much as I appreciate the refs following the rule to the letter regardless of time and circumstance, it's an awful rule. If the goal is to shorten the game, then it really makes no sense since far more time was wasted walking down to the other end of the court, shooting a FT, and walking back to the other end to inbound it rather than just having the ref give the ball to the inbounder in the first place.

Mod Alumni
#11
The purpose of the rule is to speed up the real time of the game?

Or or to stop Howard from slowing down the opponent from getting the ball I bonded and up the court before the defense can get back and set?

#12
Bmack said:
The purpose of the rule is to speed up the real time of the game?

Or or to stop Howard from slowing down the opponent from getting the ball I bonded and up the court before the defense can get back and set?
Click to expand...
I'm honestly not entirely sure what the point is. In the Dwight case in particular, the ball was halfway up the key and he just slapped it to the ref on the baseline. It's not like it was directly under the hoop and he prevented Miami from picking it up and immediately inbounding it. He didn't stop a fast break at all.

#14
Bmack said:
Then that's a situation that would require discretion and I would also disagree with that call

but I didn't catch that play or the game I don't watch that until late May and June
Click to expand...
Here it is.

Mod Alumni
#15
Yea if it's right under the rim I see the purpose of the rule. That looks like a misapplication.

#16
I think it's also to allow the opposing team to start their inbound/break smoother. Lots of teams were using the grab the ball and look to the ref thing as an advantage to get back.

Click to expand...
Do I spy Joey Crawford under the basket?

Utopia Moderator
#18
It is a terrible rule.

Community Liaison
#19
Not sure about the NBA rule, but in HS, if a player does that, you have to issue a delay of game warning first. If he or a teammate do it again and you felt like it was intentional, then you can hit them with the tech.

I've called several delay of game warnings, but never a tech b/c after the first time, the corch gets on dat ass.

#20
Same thing. It's a warning then a tech. A lot of the problem seems to be players still having the habit of grabbing the ball after a made basket.

Utopia Moderator
#21
Another team got called for one where it was bouncing to the FT line and they threw it to the ref. After that warning they made a long three and it hit someone's foot going towards half court. It went right by the PGs foot while he just stared at the ref, made me laugh.

#22
What about charges? I feel like the offensive foul system is broke dick. Not sure how they'd fix it as I'm not as knowledgeable about the game like some of you'll. Would removal of the restricted area help? I've heard that brought up.

Surprised nobody mentioned any football ones. Targeting is an obvious one. Also wish offensive pi was called more. Offense already has a ton of advantages these days.

Community Liaison
#23
the restricted area is a joke b/c a charge can happen anywhere on the court.

#25
sayo said:
Surprised nobody mentioned any football ones. Targeting is an obvious one. Also wish offensive pi was called more. Offense already has a ton of advantages these days.
Click to expand...
They need incidental and intentional pass interference like they have for face mask calls. FOH with this 45 yard defensive pass interference penalty for a minor push off down the field. Make incidental DPI a 10 yard penalty/automatic first down and intentional DPI a spot foul as it is now. Done.

OPI would function the same way. 10 yard penalty (repeat the down) for incidental, and the equivalent yardage penalty based on how far down field you were e.g. commit OPI 25 yards downfield, it's a 25 yard penalty.

Community Liaison
#26
^^ at first, i used to think CFB had it backwards with the 15yd PI penalty despite the offence happening past 15yds downfield but in the NFL i've seen a lot of qb's including Brees intentionally throw something up to take advantage of the penalty even though the receiver had not chance of catching the ball. I think the NFL should adopt the college version

#27
Idk though reel. I've seen guys in college take advantage deep and just mob the receiver who beat them. Super cheesy if you ask me.

I know the opinion of Manziel is mixed here, but what do you guys think of someone like Jaworski who says he wouldnt pick him before the 4th round, then after seeing his pro day says his stock has risen?

I dont know that much about Jaworski, but from the little I do know, its not like he set the world on fire with his qb play, but he gives an opinion like he did. Conversely, you have guys like Namath who is primarily known for one thing (SB guarantee), but comes off as one of those"in my era/in the old days" type of dudes that still clings on to his claim to fame.

#29
Why aren't you evaluating talent that actually matters at this moment? The OOTP draft is happening right now.

Community Liaison
#30
no one told me

#31
I take former players' evaluations with a hefty grain assault. Just because you played the game doesn't mean you're an expert.

#32
Jaws is a moran with an agenda. He doesn't want white pocket QBs to die.

#35
You take Nichols over Andrews?

#36
remember when her teeth were all fucked up: 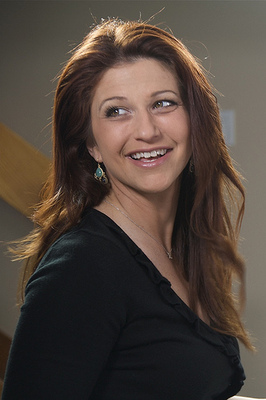 I'm still deciding what to do with the other two

Nichols has less groupies following her around than Andrews. I'll take that reddish-brown hair on Nichols every day a week and twice on Sunday.

#39
Nichols is probably a freak in dem sheets who likes her asshole fingered during sex. Erin Andrews gravitates towards professional athletes and probably prefers missionary sex.

#42
What about Sage Steele? I mean, the girl needs a sammich desperately but other than that...

#43
Larry Fitzgerald said:
What about Sage Steele? I mean, the girl needs a sammich desperately but other than that...
Click to expand...
Any relationship to Lexington?

#46
Stuck watching ESPN2 at lunch. They are having a debate of top movie basketball players. I'm going:

#47
PG. Kyle Watson from Above the Rim (Hothead. Think of very, very, shorter poor mans Damian Lillard.)
SG. Billy Hoyle from White Men Can't Jump (lockdown defender. listens to JIMI.)
SF. Neutron from The Basketball Diaries (made the McDonalds AA team after giving up smack and downers with Leo and Marky Mark)
PF. Shep from Above the Rim (Durant-ish reach. He and Watson's two man game would be unstoppable.)
C. Zigi Hrbacek from The Sixth Man (Cleary the weak spot on the roster. But has size and can hit some outside shots.)
Last edited: May 6, 2014

Utopia Moderator
#48
Kyle was so terrible

Your friend a dog