#1
Out with the old and in with the new.

With 3 of the big 5 leagues becoming dominated by one team, talk of a European Super League has again come to the forefront. I don't necessarily want it to happen but I fear we are heading in that direction.

If we do one, I think the fairest way would be taking the top 18 teams of the all-time Champions League table (1993 to present) from the group stage to the final.

Those teams would be (points earned - titles won):

The problem with Olympiacos is that they don't compare favorably to the other teams.

If we get rid of Olympiacos, who do we replace them with? The next seven teams (Roma, Benfica, Leverkusen, PSV, Dynamo Kyiv, Shakhtar and Galatasaray) all have similar profiles (negative GD, under 37% win percentage, less than 1.34 PPG). The next team that has a resume close to the other 17 teams? Manchester City. They've made the knockout stage 6/8 times with 3 quarterfinals and 1 semifinal to show for it. Their goal difference is +37, win percentage is 46% and PPG is 1.58. I'm fine replacing Olympiacos with Manchester City.

Yes, the Bundesliga is under-represented but can you make a case for anyone else? Leverkusen and Schalke have never won the Bundesliga and the other teams don't have the pedigree those two have in the UCL.

It should also be noted that the only former champion that was not mentioned was Marseille. Then again, that title was tainted away.

Anyone want to make a suggestion to my plan above, regardless how you feel about a Super League?

#2
That's probably the distribution I go with, though I don't see why they wouldn't go with 20 to round it off, which would probably mean +Benfica and then I guess Marseille as a former G14 member makes the most sense. Presumably there's some sort of Second League at the very least to provide Pro/Rel? I can't imagine a pool of teams like Roma, Schalke, Sporting, Monaco, Eindhoven/Feyenoord, Spurs, etc. being happy suddenly being a big fish in a small pond of their own domestic leagues, in addition to teams that are comfortably second tier but still decent draws like Basel, Celtic, the 3 Istanbul teams, CSKA/Zenit. Travel may be an issue if a 'Europa Super League' also happens (3x a season is fine, 18x cross continent not so much) so maybe its broken up into smaller regions with a big fancy finals

I can't imagine those clubs want pro/rel if it happens, but I hope there's at least something to guard against atrophy. No one wants to watch Arsenal, Lyon, and Valencia (And lets hope Man U, but) wallow at the bottom of the standings for the next century.

1) It’s what FIFA wants. I kind of agree with them here. Only England can get away with 20 teams in a league. No way in hell Italy should have 20 and France and Spain probably shouldn’t have 20 either.

2) It’s just the way the profiles of the teams ended up. There was a big difference between 17-18 but 18-25 all had similar profiles.

Yeah I could see a second division being set up or alternatively the top 36 or 40 teams being split up North and South with the winner of each league meeting up in the final.

Jovic to Real Madrid for 60 million euros on a six year deal.

Lopetegui to coach Sevilla next year.

#4
Pro/rel in that league with "challenge" ties from domestic winners could work. Probably would maybe have challenge ties as well or another competition between the best of SL2 and worst of SL1 face off so there isn't any direct relegation.

The truth is Juve/PSG spend 2x anyone else in their leagues, Bayern was really poor this year by their standards and still won their league. So 3/5 leagues have no interest in terms of the title at this point.

I was just in Japan and saw one of their Cups set up with the groups then knockout stages. That could work with domestic leagues too to keep Real Madrid still in a domestic competition that is a little different than a regular domestic cup. You'd significantly raise the interest in cup competitions too.

I don't think travel is a huge issue. They'd all be on the best charters. Your travel won't be like how it is now with a league match the weekend before AND after. Hell MLS can do it flying commercial in much more difficult climates.

#5
I guess so, but I was more worried about a Second Division travel-wise. Probably would bring in Europa League levels of tv money so there may not be enough to entice teams to do so

#6
Yeah and I bet domestic leagues would garner more interest. You could do the bottom 4 of the 20 team league plus 16 teams in some sort (Domestic champs/winners of qualification playoffs) of 5 groups of 4 competition at the end of the season. Each group winner gets a spot in the Super League. During that time, you have the Super league playoffs with top 16 teams?

Just throwing out stuff but that might work better than the SL1/SL2 set up.

#7
That could be fine too, but maybe make the Pro/Rel tournament once every 3 years, or something? Would seem super unsustainable without a significant parachute payment

#8
Benfica have made 88M fancy Es this offseason solely through players not on their roster. Jovic, Talsica, and Jimenez. If Joao Felix leaves this year, add another 100M. Shame the money just goes back towards random teenage South Americans to do this all over again in 4 years.

#9
Yankee151 said:
Benfica have made 88M fancy Es this offseason solely through players not on their roster. Jovic, Talsica, and Jimenez. If Joao Felix leaves this year, add another 100M. Shame the money just goes back towards random teenage South Americans to do this all over again in 4 years.
Click to expand...
Didn't Benfica only get like 7m euros for Jovic? I thought Eintract exercised the option on his loan and then turned around and sold him to Real.

#10
Yankee151 said:
Benfica have made 88M fancy Es this offseason solely through players not on their roster. Jovic, Talsica, and Jimenez. If Joao Felix leaves this year, add another 100M. Shame the money just goes back towards random teenage South Americans to do this all over again in 4 years.
Click to expand...
Why give up on a successful bidness model?

#11
I think it ended up being 16M in total since the initial 6M was just the selling fee, then the rest came from a 30% transfer profit fee when Frankfurt sold to Real.

#13
Monaco, where he's with my latest fave in GOLOVIN

#15
Anyone see the mess VAR has caused in the CAF Champions League Final between Wydad and Esperance?

Between this and the Boca Juniors-River Plate debacle, it hasn’t been a good year for club continental finals.

#16
Yeah that was pretty strange, sounds like its going to be replayed though

#17
Snorky's Shame said:
Anyone see the mess VAR has caused in the CAF Champions League Final between Wydad and Esperance?

Between this and the Boca Juniors-River Plate debacle, it hasn’t been a good year for club continental finals.
Click to expand...
CAF president was arrested in Paris this morning, too...

Also, Ligue 1 will be sponsored by Uber Eats next year, lol

#19
Lille is a great move for him. Assuming he gets playing time, which he probably should.

#20
Yeah if Rui Fonte doesn’t come back (but he’s not going back to Fulham, so he’s going somewhere) and they sell Pepe (which I’m sure they will), there are minutes to go around.

It’s eerily similar to Schalke coming into this year though, so I’ll try not to be too optimistic yet

Also, Ligue 1 will be sponsored by Uber Eats next year, lol
Click to expand... 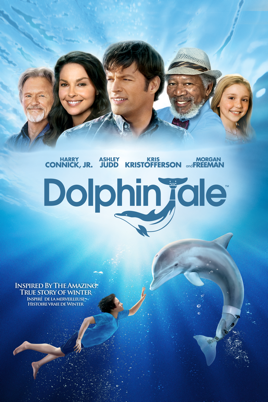 #26
Atleti to pay 126M fancy Es to Benfica for Joao Felix. Benfica will be delighted to invest that money in order to produce a player like Joao Felix.

I mean he had a lot of time to do that video considering he did nothing at Barcelona.

#31
UCL Qualifying starts today for Celtic and a few other teams.

Barcelona going to play 2-3-5 to fit everyone in especially if they get Neymar.

#35
De Ligt to Juve for 70m. Ajax would have gotten higher fees from Barcelona or PSG but Juve was only club that would satisfy Raiola's salary demands.

#36
Barcelona’s going to regret missing out on De Ligt.

They won’t regret having to pay his wages though.

Barcelona’s board has no fucking clue what they’re doing.

They won’t regret having to pay his wages though.

Barcelona’s board has no fucking clue what they’re doing.
Click to expand...
He wanted to go there. He is going to be a gr8 CB for the next 10-12 years. I just have no clue what they're doing.

I guess the reason was for a 19-year old the salary demands were too much and they didn't want to piss everyone off. But Ajax and Barca had agreed to the fees and everything until Mino hijacked it.

#41
Asensio tore his ACL last night at FedEx Field. Same place that got RGIII on the FORESKINZZZ @TonyGin&Juice

Anyways, guess that means Bale is for sure staying

#42
Diego Costa scores 4 then gets sent off in a fight with Dani Carvajal, Atleti win 7-3 over Real at the Meadowlands.

#43
Dest starting in the Dutch Super Cup, kicks off in ten

Click to expand...
And PSV are knocked out by Basel on the road. Ajax still putting in that heavy lifting on the Dutch coefficient.

#47
Just saw that Union Berlin got promoted to the Bundesliga. Very cool club the was the alternative to the Stasi backed club Dynamo Berlin in East Germany. Poor club with a very committed fan base that even volunteered to work on stadium upgrades. And the stadium is called the Stadium at the Old Forester's House.

#49
Krasnodar are pretty good but still a little surprising. Dunno wtf happened to Celtic against Cluj though