As I am WFH for the foreseeable future, and have been playing FM on my second monitor almost always, I figure I'd start a thread here as I begin a new challenge. I've done journeyman saves before so to keep it fresh, I'm going to try some new house rules:

1 - I won't start in England. 90% of my time playing FM has been in ingerland and I want to do something new
2 - no leaving a club until I win a trophy, get promoted, or get fired
3 - this is Tony Pulis/BIG SAM cosplay thread, so HOOF BALL ONLY. Playing on key highlights only will move this along too
4 - the end goal: win the World Cup and/or Champions League

So, with my 4-4-2 handbook with giant mongs, I move into this created corching world:

I basically added any place I thought might be interesting or challenging, as well as the top 5 leagues to ultimately accomplish my end goal. Generally went deeper on the shitty countries to have a starting point and I'll leave the bigger countries until later. Here's the leagues I loaded:

Definitely have a lot of semi-pro ladders to climb in random places before I get into the professional world.

And finally, my corching profile: 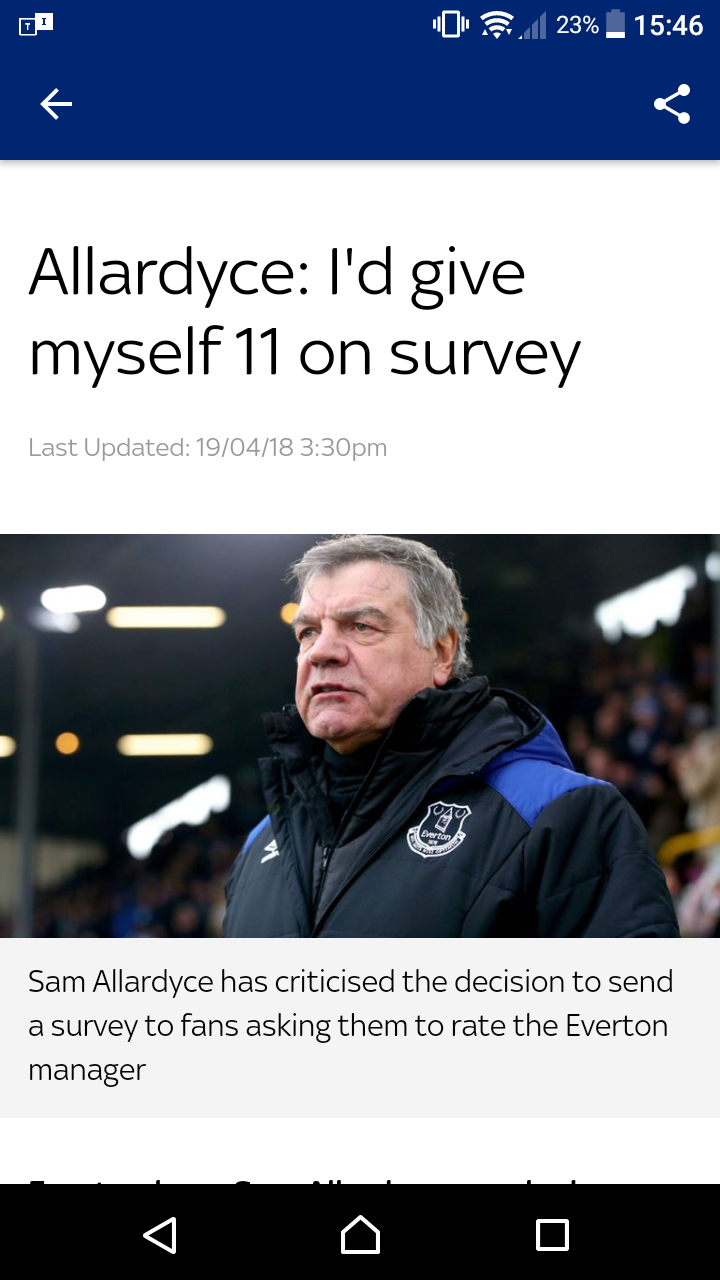 EDIT: Had to make a change after my first try with this - the third tier of Northern Ireland wasn't built out correctly and because I hadn't checked 'add players to playable teams' I was facing a ton of gray players. So I dropped that league and tried again.

It took until February, but I finally got a job opening in the lowest loaded league - the second tier of Northern Ireland: the Bluefin Sport Championship!

It's a 12 team league with a somewhat unique format - you play everyone twice, and then it splits into two leagues, the championship and relegation divisions. You then play the other five teams in that league twice to finish out the season, for a total of 32 games. Champion automatically gets promoted, while 2nd and 3rd play a two-legged tie to decide who plays the next-to-last club in the Premiership. Bottom team is relegated, and next-to-last faces the winner of the playoff tie from the division below. When I took over, we had already been placed into the relegation division.

As you can see, they were predicted to get third, so currently being in 8th is severely underwhelming. There's also three separate cup competitions, all of which they've been elimintaed from. A quick rundown, there's the Irish Cup, which is the equivalent to the FA Cup. The Charity Shield is suppose to be the Community Shield of NI, but appears improperly named and I'm not sure what the fuck it is. Bet McLean seems to be the League Cup equivalent, but without Europe if you win.

I was given a 1.5 year contract with the following goals:

This season's goals aren't relevant, as the outcomes are pretty much already decided. While my goal next year isn't clear, it appears that battling for the playoff spots would be a good finish. We only have six matches left this year, so the goal is to find pieces for next season's promotion push.

Finally, our finances are okay, but that's largely due to a 50k investment from the club president.

Poor cup performances have likely contributed to this issue, as there doesn't appear to be an underlying concern from the board about wages/finances.

And finally, our roster:

This roster is extremely bloated, especially considering we have a reserve side too. Glad I'll be able to trim a lot of this fat before next year.
Last edited: Apr 8, 2020

So with just seven competitive games left, the end of the year was pretty uneventful.

Four wins, one draw, and two losses was a fine way to close the season. Three straight clean sheets to end the year was nice, as the team started getting more comfortable with the tactic. When I took over, we were in 8th, and while we only moved up one spot to 7th, it did mean that we "won" the relegation group.

The squad did not fit the tactic well. I had a packed early schedule, but spent most of March bringing in trialists to find people that would work in the 4-4-2 HOOF BALL. I was only able to add one centerback, who isn't good but is a mong so he fits better than the more talented twinks. Of the extremely bloated roster, only six players stayed with the club moving into 2020-2021 season. So we had massive turnover heading into the pre-season.

We're more talented, less bloated, and a better fit heading into the season.

My backline is what I feel most confident in, especially compared to last year. Broomall, McCarthy, and McGee are half of our holdovers from last year - the former two are Premiership quality, while McGee is a "leading" player for this tier. As is Cowan, who made 26 appearances for the fourth placed NIPL team last year and we were able to bring in on loan. Harris and Mailey provided some depth, and we have a couple youngsters in our reserves who can fill in a pinch too.

Our midfield is likely our weakest piece, though all fit well. Tommons is the lone returner from last year, while two other starters are loanees from the NIPL. Young is our weakest starter, but he's also a fantastic free kick/corner taker which is vital to our success. I'm hopeful his value there compensates for his shitty quality.

The forwards are our last two returnees, and while they aren't great fits from a tactical standpoint, they combined for 25 goals last year, with Hughes winning the league Golden Boot and player of the year.

The expectations are reasonable, as we need a combined four wins from the cups to meet all goals there, and I believe we are a real promotion contender. One frustrating piece is the early congestion - with weekly league games sprinkled with cup matches, the first half of the season is packed. But then we had one competitive match in March last year?

Our finances are in a decent spot. We trimmed a lot of salary fat from last year and we are wayyyy under budget. Also had a friendly against Glentoran, a NIPL side that is our senior affiliate (which we drew!) that netted us just under $9k. As long as we have respectable cup runs, I imagine it will be a profitable season.

Besides a bad second half against Shamrock Rovers second team, I was happy with how preseason went. My goals are always the same - come out of preseason fit, healthy, and with a solid understanding of the tactic. We accomplished that. I've found that usually leads to a hot start to the season.

I cleaned house there too. They had four reserves coaches! Among many other

I'm down to myself, an ASS corch, a GK corch, and regular corch. Plus a scout and physio.

With the low quality facilities and limited training time (part time plus packed schedule), I just don't think it is worth the finances to invest in a big staff.

After an uneven August, we've been one of the better teams in the league. November was particularly impressive, as we allowed one goal over 5 matches, and I snagged manager of the month. Not too surprising, we are the best defensive team in the league, with 16 goals allowed in 17 matches. Only 22 scored, so certainly some room for improvement there, but we seem to have found a rhythm as of late.

Portadown was predicted to win the league (we were 2nd), so it's not a huge surprise they find themselves at the top. Their goal differential indicates they should be wayyyy farther ahead than just two points, so we're happy to still be in contention at this point. Early on, it was very crowded at the top, but the top two started to pull away a bit last month. We're definitely going to be in the Championship group, which will definitely be a battle in 2021.

We've had some pretty shitty luck for cup draws, getting two Premiership sides and then one of the only matchups of two Championship teams in the Irish Cup 4th round. The two road games were solid money makers for us, so there's some positives to take away there, at least. Knockbreda is currently in 3rd place and we got only one point in two matches against them in the league.

A quick look at our tactic at this point:

I've always played the Target Man on the support role, but a change I made going into November was switching him to attack and dropping the pressing forward deeper. I think it's a big reason for our defensive improvements, as that pressing forward is getting an actual defender behind the ball instead of just a body with a target man. Hughes works his tail off and Fearon is athletic enough to stretch the defense too. I would still prefer a more natural target-man, but they don't really exists in the league - Northern Ireland players in generally are really weak. I did one have stud from Ghana who was released by a NIPL side, but we couldn't get a work permit.

Our stud GK, the American Broomall was signed by a Premiership side on deadline day, but luckily we were able to sign a loanee from there to cover us the rest of the season. Murray was actually Linfield's GK for their Champions League qualifying matches, so he's highly thought of and gets calls to the U19's. McCloskey, currently on the bench, is a step up at RW, but I've been slow to introduce him with our current form.

Our locker room and general atmosphere is excellent at the moment, likely a big reason for our recent success. I'll be slow to make any big changes because of this.

We are basically breaking even so far this year, with a -$165 total so far. Although we had a profitable pre-season and a pair of good cup draws (financially), so we will likely end the year in the negatives.

We've got the Irish Cup and five leagues games left before the split. Obviously I would love to win the league, but Portadown will need to start dropping points. I also have the issue of two starters, Patton and Gordon, whose loans finish at the end of the month. I'll definitely try and extend them, but January may be a busy business month for us.
You must log in or register to reply here.
Share:
Facebook Twitter Reddit Pinterest Tumblr WhatsApp Email Link
Top